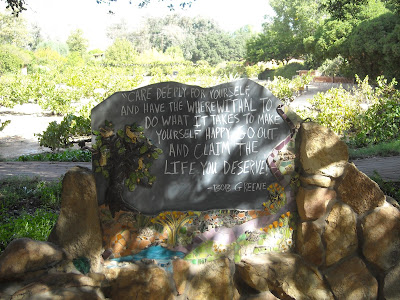 Life has gotten a bit boring for me these days. Between office work and the gym at night, there hasn’t been much time for socializing. Still I have been trying to find healthy choices for my meals, especially since I sit all day at work. Something I am not used to and don’t love.

I don't love sitting or being in an office all day but I like working for a travel company .I  get to dream of the trips I would like to take and maybe some day can see those dreams become reality.

My last favorite trip was to Rancho La Puerta Spa in Mexico.  http://www.rancholapuerta.com/ As food goes, The Spa serves vegetarian food most of the time, though they did have fish one night. They don’t sugar up the food, so fruit breads are only slightly sweet as are most things that in the “real” world would be sugared up.

The best part of the trip was the hike to their organic garden, picking the fresh organic produce, cooking and eating dinner with some wonderful fellow spa visitors and our morning hike to the organic garden with Breakfast. 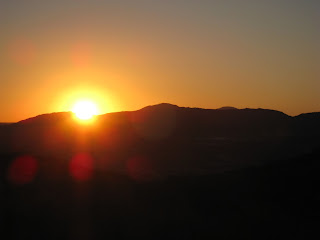 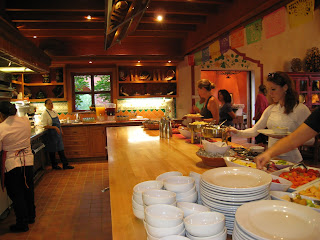 One thing I learned about myself by going there was that some of my sugar cravings, at home, were because I didn’t eat enough calories during the day. At the Spa they encourage you to eat their fresh, organic, nutritionally dense offerings and to eat well.

I ate a lot and I actually lost weight. Now you might say it was because I was exercising all day, but if you saw how much I ate, you would realize the food had a lot to do with it.  I did miss sugar but not as much as I thought I would.

So, when I saw the Facebook posting about culinary week at “The Ranch”, it inspired me to buy their cookbooks. Not one cookbook. I bought three of them.

So far I have made one recipe…twice!! I love it and outside of it being higher in sodium than is good for some people, I find it quite healthy too. http://www.cookstr.com/recipes/mixed-seafood-steamed-in-parchment-with-shallots-and-white-wine

The recipe would be fantastic for a company meal. The fish and vegetables are baked in packets. Opening your packet at dinner is like opening a gift.

I bought the fish at WholeFoods. Adjusting the ingredients for 1 serving, I bought 4 oz of wild caught Salmon (I removed the skin but you can have them do it), 4 large shrimp and 2 large Sea Scallops which I cut in half.  The seafood is marinated and the veggies are also marinated separately.  In the original recipe they use dill and parsley as the herb blend. I included Tarragon (Mexican Marigold Mint as a Texas substitute) in one packet and Spearmint in the other along with the dill and parsley. I loved the Tarragon, an herb I rarely use.  Fresh herbs are the only way to go. I can’t imagine using dried with the exception of the dill.

This was a wonderful meal and the amount I made created 2 packets, one for the next night.  Opening the packets, the fish and veggies had a magnificent fragrance and the packets were filled with a tasty juice that mixed well with the quinoa I made as a side dish (brown rice, wheat berries and barley the second time).

My dinner entailed a glass of white wine (opened for the marinade), my little packet of goodies, the quinoa and slices of orange and grapefruit for dessert. The only thing missing was a partner to share it with or if not that, a table of new friends like I had during dinners at “The Ranch”

I hope you will not only try this dinner, but consider taking a fit trip to Rancho La Puerta Spa. I had an amazingly fun and healthful visit. I “will” be there again. Of that I am sure. http://www.rancholapuerta.com/2013/07/01/taking-the-ranch-home-how-friendship-beauty-and-wellness-inspired-new-ways-to-bring-the-ranch-home/
Posted by PTB at 7/28/2013 04:30:00 PM No comments: