When things don’t go as planned, charity and a healthy fast food alternative 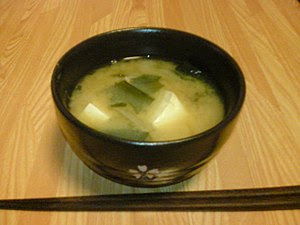 Have you ever had a day where you thought you must have gotten up on the wrong side of the bed? Well today was that day for me. I was up late last night but in spite of that I woke up early this morning. I was actually quite pleased about it because I had a lot to do before I headed over to West Palm Beach this afternoon. I had offered to volunteer for the United Cerebral Palsy, 21st Annual Great Chefs Tasting Party charity event.

I thought I was one step ahead of things but that wasn’t the way it worked out. The dress for the event was Palm Beach Business Casual so I pulled out a pair of slacks and went about finding a top to go with it. The first top I found was perfect. Well it would have been until I noticed it had some spots on it. After a futile attempt to take them out, I went hunting for another choice. Ah, the silk sweater set. That was always a great choice. I pulled that out ….spots again. What’s with these spots? Where are they coming from anyway? I haven’t worn either of these tops since they were at the cleaners. Did they do that or just fail to clean them properly? Top number 3 was ready to go, ironed and I put it together with a linen blouse. I was ready.

Off to the gym, now a little late. I figured I could still get a good ½ hour of spin in and an arms workout. I arrived at the gym and found a class in process in the spin room. No problem. I could do arms first then spin. I headed for the locker room and before I could make my way out, the electricity went off. Have you ever been in a locker room with no lights? It’s “very” dark. I managed to find my way out and did most of my arm workout in the semi-dark (they turned some lights on with a generator).

Actually it was kind of nice for a change to work out in a silent gym with soft lighting. People usually talk more to each other when there has been an event, so I tried to strike up a conversation with the guy working out next to me. That was probably a bad idea. He spoke very broken English and although he tried 3 times, I didn’t have a clue what his response was. Finally I just smiled, shook my head and made a bee line for the spin bikes. The electricity went on and off about 5 times during my workout. Of course along with the lights, the air also is off. I lost a pound or two of water weight on the spin bike!

I arrived home, showered, grabbed a quick lunch then dressed for the event only to realize top number 3 had a spot on it too and in a very prominent place, ahhhh! Luckily I was able to fix it and running late now, headed to West Palm Beach. When I was about a quarter of the way there, my gas light came on. I was now running out of gas. No problem I had just passed a station less than a mile behind me. I wouldn’t be that much later. I made an illegal U-turn (don’t tell anyone) and headed to it. Go figure. It was closed, under some kind of construction. I did manage to find a station a half mile of so after that.

The UCP event was very nice. I and another girl sold the raffle tickets and did pretty well raising money for them. I bought some tickets myself, hoping to win the Premier Wine tasting for ten in your home, but someone trumped me on that one!

It was a long day and although there was some great food at the event, when you are working you don’t eat much. I was hungry when I headed home. Most people I know wouldn’t have thought twice about stopping at a fast food joint, but I am not a fast food joint girl. Since I don’t eat meat, it further limits my choices. I decided to come up with something at home (yes, you can exist on this planet without ever eating at a fast food restaurant! It’s a choice.)

I fell back on one of my favorite home “fast food” dinner. I filled a saucepan with 2 cups of water and brought that to a boil. Then I threw in some vegetables. This time I chose some carrots that I grated and fresh baby spinach. I will give you the recipe sometime later, but I had previously made a bunch of vegetarian pot stickers with tofu and had frozen them. I took a few out of the freezer and threw them in the water (you could used store bought dumplings. I know you can get them at Whole Foods, Central Market or Trader Joes) and let them cook a bit. I had gotten some Kikkoman Instant Miso Soup with Tofu at World Market (http://www.amazon.com/s/?ie=UTF8&keywords=kikkoman+miso+soup&tag=googhydr-20&index=aps&hvadid=1104165341&ref=pd_sl_18k8zzw9ru_b), so I took 2 packets out, turned down the heat (Miso shouldn’t be boiled) and added the contents to the pan. After heating a few minutes and opening up a package of Nut Thins…Voila, dinner!!!

Ok maybe that doesn’t seem like enough food for you. Steam up some edamame. Munch on them while you heat up the soup. That should do it.

So that’s my recipe for the day…Sheila’s easy Instant Tofu Mushroom Soup with Vegetables ( a long story for a short recipe!). I have also tried the Red Miso instant soup. It is good, but I prefer the White Miso and Tofu. I have also used Chinese cabbage in place of the Spinach and I prefer it. It is more authentic and has some crunch to it. In a pinch, I have also used Romaine strips.

I like the Pot stickers because I get a little bit of protein from the Tofu in them. With the ginger in the dumplings you add additional flavor to the soup. Alternately you could use Soba (Buckwheat) noodles. I have also thrown in some chunks of fresh salmon and cooked till done, then added the soup mix. That is very good and you get those important Omega 3's.

There are many variations, so use your imagination but don’t make it too complicated or you won’t be able to compete with the fast food joints!

One last thing, and I know I have said this before, but it is especially important now. The non-profits have been hit pretty hard by the down turn in the economy. If you can help out, please do, whether in donations or volunteering your time. Either way, it is very rewarding to know that you may have helped some people that may not be as healthy or well off as you are. It may also help you appreciate your health and the things you have you may take for granted.

Have a healthy, happy and joyous week and be grateful for the gifts you have been given.