Update on the kitties and Cranberry Compote 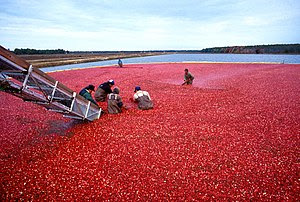 The holidays are around the corner. I have had mixed feelings this year about them. I am sorry not to be seeing my Texas friends and also missing the trip to Costa Rica with my sister! Still I am happy both my children (ok they are cats) are managing well and are still healthy.


For those of you that know us, Rusty is hanging in there. He has put on weight and gets his medications and fluids daily now. Zia is also getting fluids but not as often. She has been a bit more of a challenge since she was never much of a lap cat. We have worked things out though.

Once she figured out the reward would be food or catnip, she has resigned herself to it. Rusty’s reward is going out on the patio and sniffing the fresh catnip I am growing. They both have a new addiction beyond the catnip. It is the heating pad. It has become a bit of a competition but Rusty seems to be the winner most days.

Although I will miss my Texas friends, it is nice to know I have some very good friends in Florida now. I hope to build on those friendships and our history together as I did when I moved to Texas. Since I am a pescatarian, I am not looking forward to Turkey dinner but the trimmings are the best part anyway.

I thought today I would share with you an easy recipe that is wonderful to have on hand for the holidays but also could make a great hostess or holiday gift. Back in the days when I was the special diets cook for a health food café, I often had to come up with ideas to use any excess fruits or vegetables we had on hand. I came up with a fresh fruit compote that I served with blue corn flakes on top.

I must admit I was amazed how many people ordered it regularly for breakfast. Honestly, I don’t really remember how I made it since I used whatever we had on hand. A few years later I was given a handout of holiday recipes from The Container Store. One was for a Cranberry Compote to be spooned into a clear jar as a gift or to be served with a holiday meal.

I was a bit averse to the amount of sugar in the recipe and the amount of ingredients so I came up with my own variation, which I must admit I really like. It’s a cinch to make, tasty and very pretty.

I haven’t used it as a side for a holiday meal but I have used it in other ways. I have put some on top of lowfat cream cheese and served it with crackers. I bet it would also be good with Brie Cheese. It is also great heated as a topping for some high quality vanilla bean ice cream. You could add a touch of Grand Marnier to make it even more special. This also would taste good with pancakes, waffles or crepes.Of course, I still top it with Blue Cornflakes when I have them and eat them for breakfast.

I am going to give you both recipes, mine and the original.

1/2 tsp salt (or just a pinch if you are worried about sodium!)

Grate one teaspoon of orange peel and squeeze ¼ cup of fresh orange juice.

In a 3qt saucepan over high heat, heat the orange juice, orange peel, cranberries and the next 5 ingredients (marmalade through cinnamon)

Bring to a boil, stirring occasionally. Reduce heat to low; cover and simmer for 10 minutes or until cranberries pop and mixture thickens slightly. Add pineapple and heat through. Prepare at least an hour before serving to allow flavors to meld.

May be served warm or cold.

Add peaches, pears and apricot halves. Heat thoroughly. Compote mixture may be served warm or cold. Should be prepared at least an hour before serving and may be made days in advance.

May be stored in the refrigerator up to 4 weeks