It is hard for me to believe, I have been a non-meat eater for over 20 years.  I became a Pescatarian soon after my divorce.

My reasons were not typical. I wasn’t on an “ethical” kick although I do love animals. The reason I decided to try giving up meat was because I really wasn’t eating or enjoying it anyway.
It made sense to make a change.

Initially, I figured if someone invited me for dinner I would eat meat if it was served, but just not at home. Upon learning of my culinary choices, my dinner invites pretty much disappeared. My friends were just too stressed about what they would cook if I was invited for dinner.

After about 8 years without meat, it sort of became an ethical thing. Why would I eat meat and take a life for it when it was really unnecessary. I was doing just fine without it.

So, here I am 20 years later finding that I am still not the purist that most non meat eaters are. I still eat dairy and fish. I believe it helps me to be a bit more balanced and sociable. Lately though I have been trying to go back to the roots of my food behavior change and eat more non animal product meals.

With the Vegan trend, it has become easier to find some tasty meal choices and recipes sans animal products.  I have been making more vegetarian meals/snacks and have found it positive in terms of my weight, health profile, hunger and energy levels.  This was also true when I initially became a Pescatarian.

My first two experiments with Vegan recipes were inspired by a fitness blog DAMY Health. The author is a trainer and Vegan.

The two choices I made from the recipe file were excellent. First a chocolate candy made with coconut milk and cocoa then put in the freezer. It made a nice pre or post meal snack. The other was what was termed cashew cheese.  It is made with soaked raw (not really raw but that’s another story) cashews, extra virgin olive oil, sun dried tomatoes, basil and Sriracha chili (love Sriracha) I not only enjoyed this as a snack but also started having it on toast or crackers for breakfast.  It makes a satisfying breakfast that stays with you. 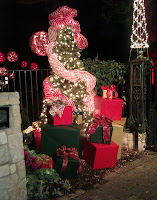 For Thanksgiving, I often make a stuffed acorn squash with soy meat, apples, dried fruit and maple syrup. This year I found a NY Times article listing recipes for a Vegan Christmas. They sounded not only nutritious but tasty too.  I thought I would try them.

I planned to make dinner with my sister. She came to Dallas on Thanksgiving, so we planned to have our Holiday dinner on the weekend.  Time got away from us and we never made the meal. After she left, I made the meal for me myself and I. Loved it.

I also made myself a non dairy eggnog snack using Almond Milk, Spices and Vanilla Protein powder. A small swig of vanilla rum in it didn’t hurt a bit.

I know to true carnivores, these recipes may sound “different”. The only thing I can say is I recommend these. If you have an open mind, you might find you can enjoy a few meat free meals once in awhile.

I did not follow the recipe. I used store bought almond milk(6oz maybe), about a ½ scoop of  LEAN Vanilla Protein Shake mix (http://www.waycooldiet.com/lean.html) for the sweetness and Vanilla flavor, about ½ a tablespoon almond butter, a shake of Apple Pie Spice and a good  pinch of allspice.
I whipped this all up in the blender with a few ice cubes until it was nice and frothy than served it with about a tablespoon of Vanilla Rum and freshly grated Nutmeg on top. Yum!